Spotted at the Grand Canyon

Posted:  Mar 22, 2018
We recently took a vacation to Arizona, which must have the highest concentration of national monuments than any other state. The trip itinerary included: the Grand Canyon, Monument Valley, the Petrified Forest, Saguaro National Park, and several canyons besides. 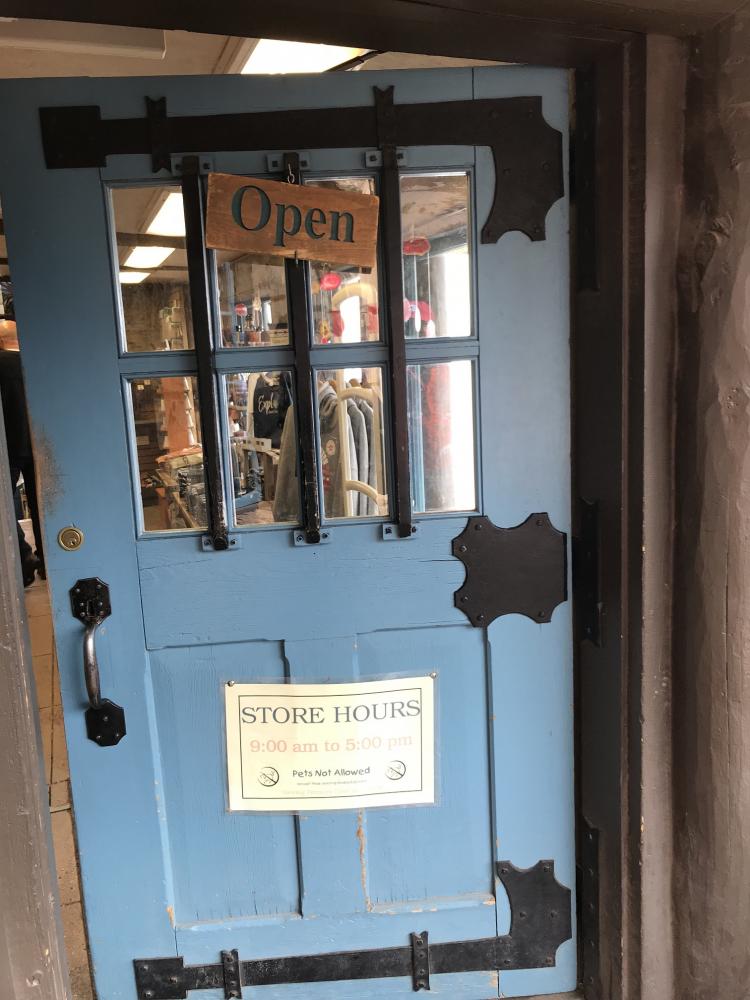 While others take pictures of the scenery, I often had my camera pointed in the opposite directions - at the buildings.  National parks across the country often have a "look" that is hard to put a finger on.  They are often called "rustic," natural materials found in the area are usually used.  My favorite descriptor is "parkitecture."  You can read more about this style here: https://en.wikipedia.org/wiki/National_Park_Service_rustic.

"Rustic" often has the connotation of being run down or "slapped together."  I have to admit, some of the rustic door hardware I spotted definitely fit this description!

One of the spots where this "rustic" hardware is most obvious is on the Hermit's Rest building a the Grand Canyon.  It is the final resting spot/overlook on the 13 mile South Rim trail, and was originally the starting point for one of the park's original canyon trips.  The (possibly orignal?) cylindrical lock on the entry door was so beat up and "rustic" that I had to take a picture.  Look at how much is missing and how loose it is in the door.

Also included in this Grand Canyon hadware retrospective are some cool strap hinges on the Lookout Studio.

Not pictured, but hardware-nerd-vistitors should make a note to stop by the Hopi House at the Grand Canyon as well.  Upstairs there is a sacred room (so no pictures allowed) with a primitive door shutting it off from the public.  It is an excellent example of the evolution of door "techonology" from simple slabs to the doors we recognize today.