Posted:  Apr 25, 2018
In the final (for now) chapter of National Park hardware photos, we are revisiting the Petrified Forest National Park. Today's photo is of the Painted Desert Inn, an almost hundred year old building that began life as a waypoint on Route 66 and is now part of the national park. 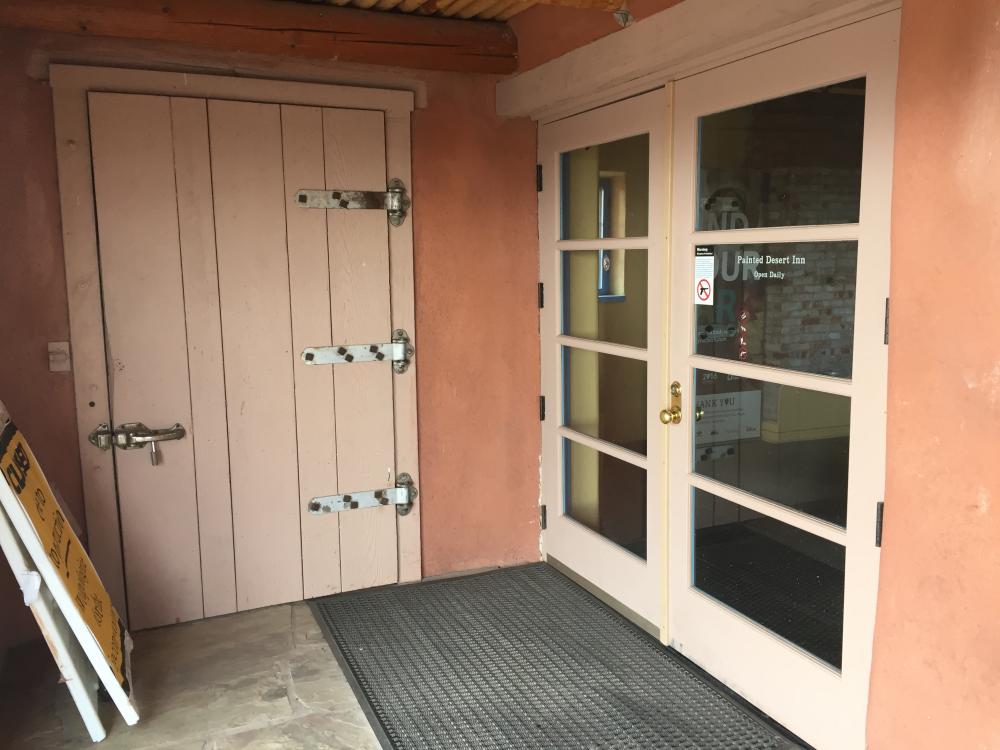 The Inn was also featured in a Bette Davis and Humphrey Bogart movie, The Petrified Forest.  It is now a nice place to stop and take in some stunning views, as well as the trailhead for several hikes into the park.  The building is in very good condition and also has display about the history of the inn, the park, and the indian nations that still live and work in the area.

One of the entrances to the building is pictured here.  It was once the back door to the kitchen, and it has obviously been updated to more modern, latching french doors to meet building codes.

It was an interesting contrast to the hardware left on the original cooler (there was no refrigerator in the original kitchen, just this storage room that was cooled by imported ice), just to the left of the french doors in the photo.  This door was closed and locked as something this heavy - with such large, reinforced hinges - would certainly pose a hazard to the general public.