Skip to Main Content
An update from us on COVID-19 ▻
HomeIndustry NewsWhat Does Mary Tyler Moore Have to Do With Hinges?

What Does Mary Tyler Moore Have to Do With Hinges?

Posted:  Feb 28, 2018
One of my favorite television shows to rewatch is "The Mary Tyler Moore Show." I'll admit, I got hooked on it when it reran on "Nick at Nite" in the 90's. I always enjoyed Mary Tyler Moore's comedy timing, the supporting cast was great, and who doesn't love some retro fashion flashbacks? 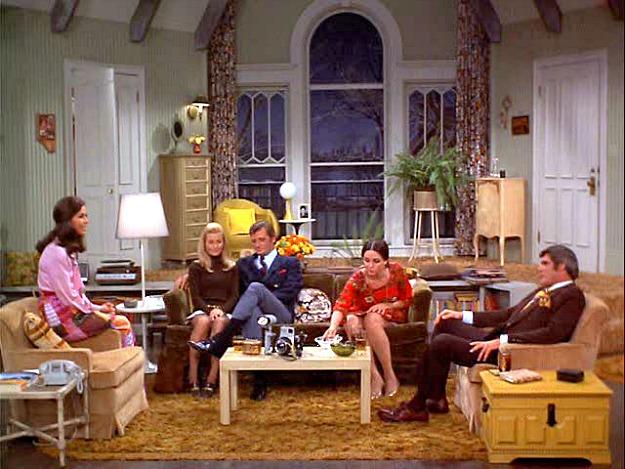 On my latest rewatching of this classic I couldn't help but notice something besides the crazy paisley clothing and blow-tried-to-within-an-inch-of-its-life hairstyles - the hinges!

Every door on the set has two hinges, where either fire code or common sense would dictate three hinges on the opening.  A quick call to Hager technical support confirmed - three hinges became the standard in the 1950's, and fire code dicated three hinges per 6'0" opening well before Mary Tyler Moore hit the airwaves in 1970.

So what's the deal with the hinge situation you can see if the photo below? (also check out the quilted skirt Mary has on) It all comes down to set design, cost savings, and the defnitely NON high-frequency use of doors on a set.  It's a detail only a hardware nerd like myself would notice, but it added a little bit of flavor to an otherwise boring evening of reruns!

For more thoughts on door hardware and set design (two hinges would have never held up to Kramer's abuse on Seinfeld!), we'll be talking about other TV show's door hardware in the weeks to come.